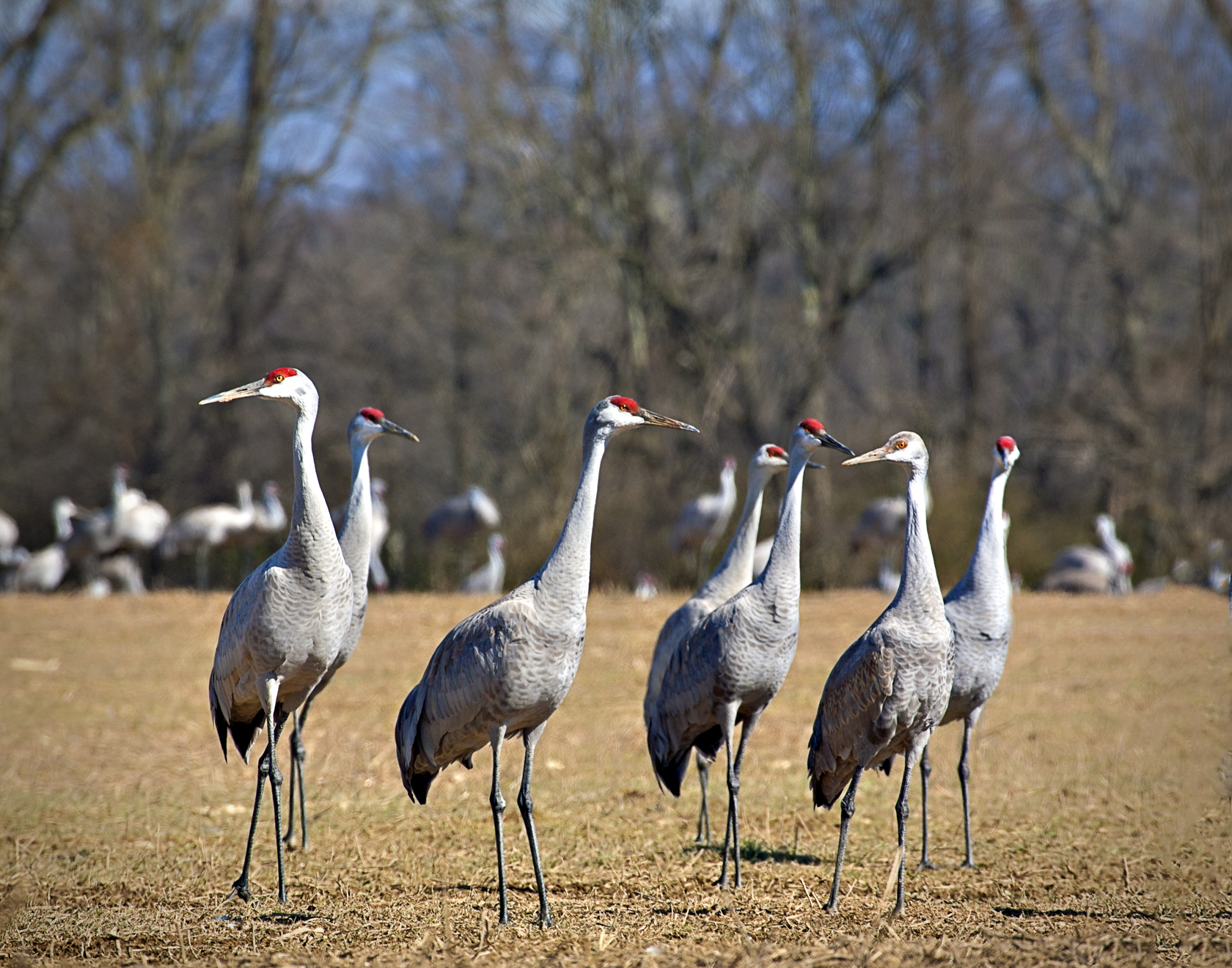 The 29th Tennessee Sandhill Crane Festival is set for:
January 18-19, 2020 at the Hiwassee Refuge and Birchwood Community Center.
THIS IS A FREE FESTIVAL, ALL PARKING AT THE BIRCHWOOD SCHOOL LOCATED AT 5623 TN-60, Birchwood, TN 37308

The festival is a celebration of the thousands of Sandhill cranes that migrate through or spend the winter on and around the Hiwassee Refuge.  The festival also provides an opportunity to focus attention on the rich wildlife heritage of the state and the Native American history of the area. The Cherokee Removal Memorial Park has partnered with TWRA since its inception. The Memorial Park is adjacent to the refuge.

Olin Chlor Alkali Products is once again the sponsor of the festival. Olin Chlor’s sponsorship provides the American Eagle Foundation program both days of the festival, along with live music and children’s activities.

REI is offering kayak Sandhill crane viewing tours during the weekend of the festival and other weekends. Tours are limited in size and can be scheduled at rei.com/learn.

TWRA has been managing the refuge for more than 60 years for waterfowl.  The refuge sits along the Hiwassee River and provides shallow-water roosting and food for Sandhill cranes. TWRA staff will be on hand to answer questions.

Volunteers from the Chattanooga Chapter of the Tennessee Ornithological Society join TWRA each year, setting up scopes for visitors to see close-up views of not only Sandhill Cranes, but also endangered whooping cranes, bald eagles and many kinds of duck. Volunteers help provide visitors with a unique educational experience by sharing information and viewing scopes.

The Birchwood Community Center is only three miles from the wildlife-viewing site at the Hiwassee Wildlife Refuge. Entertainment, vendors, food and all parking takes place at the center. Free, convenient shuttles run between each location.

The 29th edition of the annual Tennessee Sandhill Crane Festival is set for Jan. 18 and 19 at the Hiwassee Refuge and Birchwood Community Center.

The Tennessee Wildlife Resources Agency is the primary sponsor for the 29th edition of the festival and many staff members and volunteers will be contributing their services. The festival is a celebration of the thousands of sandhill cranes that migrate through or spend the winter on and around the Hiwassee Refuge in Birchwood as well as an opportunity to focus attention on the rich wildlife heritage of the state and the Native American history of the area.

Beginning in the early 1990s, the recovering population of eastern sandhill cranes began stopping at the Hiwassee Refuge on their way to and from their wintering grounds in Georgia and Florida. TWRA has been managing the refuge for more than 60 years for waterfowl, and it provides sandhill cranes a combination of feeding and shallow water roosting habitat. Thousands of birds now spend the entire winter at the confluence of the Hiwassee and Tennessee rivers.

Free bus shuttle service will be available from the Birchwood Community Center to the Hiwassee Refuge and Cherokee Removal Memorial Park each day beginning at 8 a.m.  No public parking is available at the refuge. The final shuttle will leave the refuge at 4 p.m. each day.

Music and special programs will be ongoing throughout each day. A children’s arts and crafts booth will also be in operation at the community center.

The International Crane Foundation and its mascot Hope will be joining TWRA at this year’s festival. The Crane Foundation’s headquarters is in Baraboo, Wis.
TWRA’s Hiwassee Refuge naturally lends itself in supporting the mission of the Foundation, which is to conserve cranes and the ecosystems, watersheds and flyways in which they depend. Children can visit with Hope, the whooping crane mascot, at 10 a.m. each day of the festival.

The American Eagle Foundation will be present for its always-popular live raptor show each day with times at 2 p.m. on Saturday and 1 p.m. on Sunday.

Mary Feely, a Chattanooga native, will present a program at 1 p.m. Saturday on changes in avian diversity and potential invasive seed-dispersal post-wildlife in a southeastern deciduous forest. She teaches biology and ecology at Chattanooga State and works as an editorial assistant to an international environmental journal and an environmental journalism handbook at the West Chair of Excellence.

An official welcome and live music will start the programs each day at 11 a.m. TWRA Multimedia Division Chief Don King, also a Nashville recording artist, and the group Second Nature will perform. Local artist and songwriter Tanner Hillis will also perform Saturday. The Mt. LeConte Jug Band performs Sunday at 11 a.m. and will be followed by Don King.

Along with the wildlife viewing at the refuge, wildlife and birding experts will be on site. They will provide visitors with a unique educational experience by sharing information and viewing scopes. The festival will conclude by 4 p.m. Sunday.

The Hiwassee Refuge comprises about 6,000 acres. The Birchwood Community Center is only three miles from the wildlife-viewing site at the Hiwassee Wildlife Refuge.  The Cherokee Removal Memorial is adjacent to the refuge near the   Tennessee River.

Thousands of sandhill cranes soar into this area each year in search of a winter home. A festival  later this month offers people a chance to see them them in a  seasonal habitats
The 29th annual Tennessee Sandhill Crane Festival is scheduled for Jan. 18 and 19, from 7 a.m. to 4 p.m. ,at the Hiwassee Wildlife Refuge and the Birchwood Community Center.
Organizers say it “provides an opportunity to focus attention on the rich wildlife heritage of the state and the Native American history of the area.”
Because of limited parking at the Hiwassee Wildlife Refuge, visitors will be expected to park at the Birchwood Community Center at 5623 TN-60 in Birchwood and take free shuttles to and from the refuge. Shuttles will be available between 8 a.m. and 4 p.m. both days.
Once they arrive at the Hiwassee Wildlife Refuge, visitors should have plenty of opportunities to see the cranes.
Volunteers from the Tennessee Ornithological Society’s Chattanooga chapter will be setting up spotting scopes to see sandhill cranes and other wildlife and sharing information on what people are seeing.
Representatives of the Tennessee Wildlife Resources Agency, which has been managing the Hiwassee Wildlife Refuge for 60 years, will also be on hand to answer questions about wildlife.
Back at the community center, visitors will be able to enjoy entertainment, vendors, food and more. Festivities include a live raptor show from the American Eagle Foundation taking place at 2 p.m. Saturday and 1 p.m. Sunday.
There will also be information on Cherokee history presented at the nearby Cherokee Removal Memorial Park during the festival.
Olin Chlor Alkali Products is sponsoring the festival in partnership with the TWRA. Olin Chlor’s sponsorship provides the live raptor show both days, along with live music and children’s activities.
Outdoor retailer REI is also hosting kayak tours to view the cranes during and after the festival. These tours may be scheduled by visiting www.rei.com/learn.
Sandhill cranes are large birds recognized by their long necks, long legs, gray plumage and, often, bright red markings on their heads. They can be more than 4 feet tall, with wingspans of more than 6 feet.
According to the Tennessee Wildlife Resources Agency, the Eastern population of sandhill cranes which migrates through parts of Tennessee “is considered the world’s second-largest sandhill crane population.”
The state has seen an average of more than 23,000 over the last five winters, meaning it is likely visitors to the festival will see quite a few.
The cranes were not always so plentiful, the TWRA notes. The species “was nearly decimated in the east by breeding habitat loss and overhunting” during the 1800s. However, the species later made a comeback, and large numbers of the birds began “wintering” in certain areas of Tennessee during the 1990s.
Still, the TWRA describes the sandhill crane, which hails from as far north as Canada, as an “uncommon migrant.” This is one of the reasons the festival remains popular for both experienced and new birdwatchers alike.
+ Google Calendar+ iCal Export 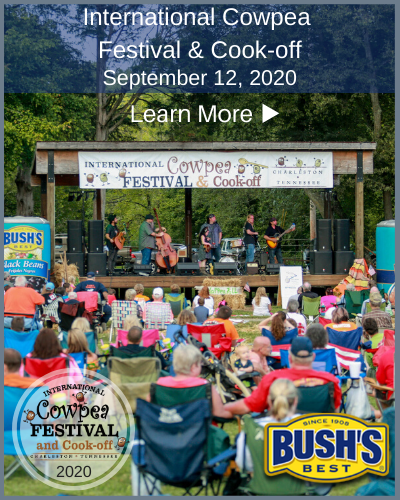 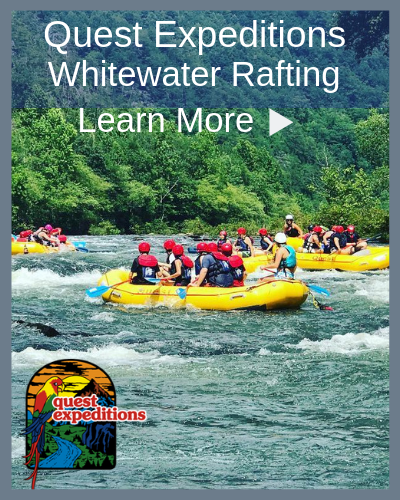