The Veil | Story of Creation 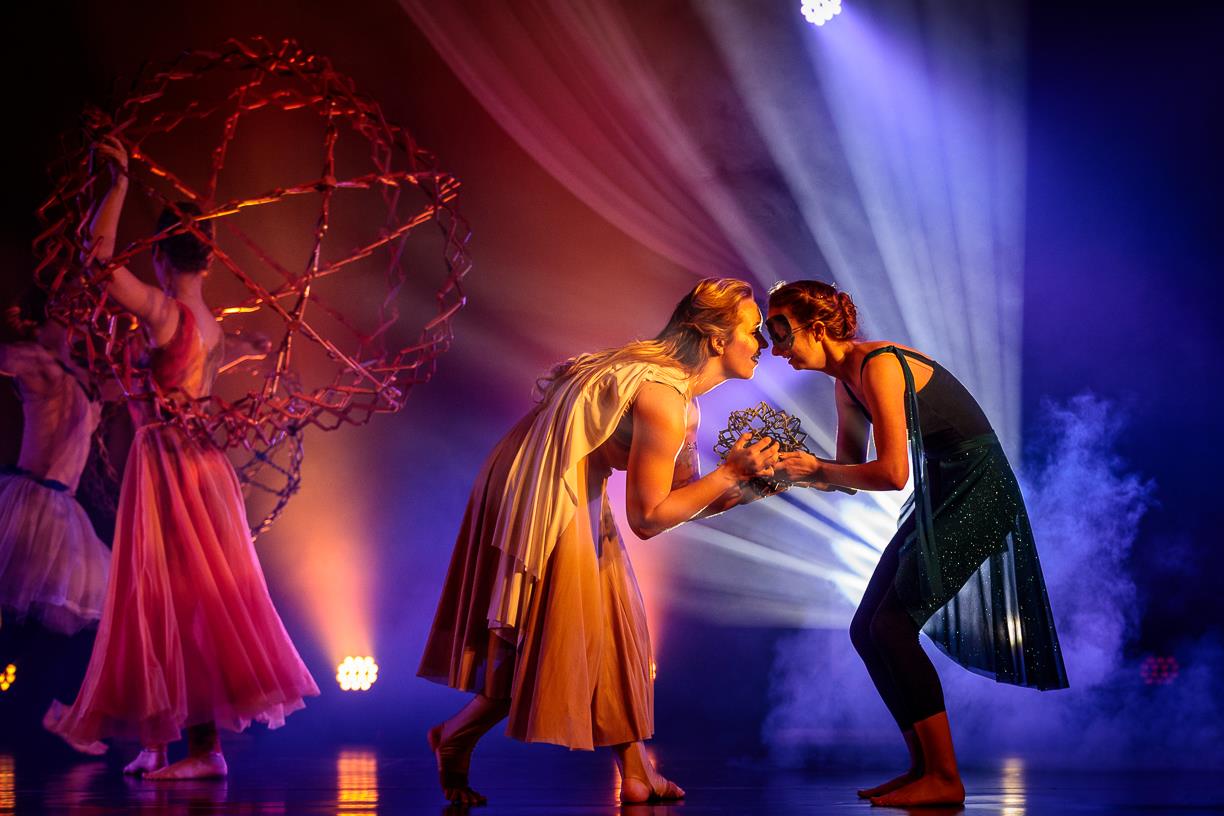 Captivating | Mesmerizing | Inspiring
Unity Dance Troupe presents “The Veil: Story of Creation”, an epic love story depicting the creation of the world, the fall of man, and its redemption through grace. Unity Dance Troupe invites you to come and experience the annual dramatic portrayal of the story of creation. This production is the first stop in Unity Touring’s 2019 domestic tour!

COME FIND OUT WHY THE VEIL WAS TORN FOR YOU! – Tracie McCartney, Habit for Humanity

Unity Dance Troupe’s annual performance is returning to the Lee University Conn Center March 2019!
Unity Dance Troupe presents “The Veil: The Story of Creation,” an epic love story depicting the creation of the world, the fall of man, and its redemption through grace on March 30 and 31.

The Veil will open your heart and mind to see the Creator like never before. From the gentleness with which life was formed to the strength instilled into creation, God’s character and love is revealed through this broadway-style production that has been described as “Mesmerizing,” “Captivating,” and “Inspiring.”
Unity Dance Troupe endeavors to communicate the beauty of creation through dance, theatrics, and artistic effects such as videography, theatrical lighting, drama, music and hand-crafted costumes and set.
The Veil is a production that will delight adults and children alike. Unity Dance Troupe invites you to come and experience the dramatic portrayal of the story of creation. General admission is free, and no ticket is required.
Unity Dance Troupe’s company, which tours domestically and internationally, is trained professionally in-house at Unity Dance Studios in Cleveland, and trains each week to portray their roles with excellence. Unity is known for its creative beauty and designs in costuming and theatrical sets. “The Veil” features over 150 hand-painted costumes and handmade masks and incorporates a wide array of dance styles including ballet, pointe, ballroom, modern, jazz, contemporary, hip-hop, and lyrical.
The role of The Spirit of God will be played by Unity’s Founder and Director Alexis Ziarkowski Burleson. Her dream of bringing the story of The Veil to life became a reality in 2013. Now in her seventh year of performing The Veil, she never ceases to lose the energy that filled its very first showing.
“The Veil portrays what it means to be one with Christ. God’s relationship with Adam and Eve was that of working together in relationship through everyday life. My hope is to portray God’s deep understanding of humanity and His tangible nearness as a reality we can all experience today,” said Burleson.
William Moore and Allison Barnes will be returning for their second season portraying the roles of Adam and Eve. Moore is in his fourth season with Unity and has performed for Unity’s domestic and international audiences.
“I hope the audience is most impacted by God’s endless love for Adam and Eve and that people see it’s ok to be perfectly honest and authentic with God. It’s not shameful to fall at the feet of God with all the weight of darkness on your shoulders and admit to Him you can’t lift your head. In the show, God lifts my face and looks me in the eyes as if to say, ‘I’ve got you; I always have. I’ve never left you. I love you,’” Moore said.

Barnes is in her sixth season with Unity Dance Troupe. “My hope is for the audience to receive a fresh wind, a renewed sense of the passionate and unyielding love our God has for creation… I’m impacted in a new way every season by this show! It is a gorgeous, raw, and exciting picture of God’s heart!” said Barnes.
A new lead dancer with the company, Christin Smolinski, will be taking on the challenging role of Satan. Now in her fourth season with Unity, Smolinski fills a plethora of roles including teaching at Unity Dance Studios Ooltewah and developing graphic designs for the company. The role of Satan is extremely challenging and requires the dancer to portray intense acting as well as dance talent.
“One of the most challenging and heart-wrenching parts to portray is when I, as Lucifer, lead humanity to crucify Jesus. As my character, I cannot show any sign of sadness, only pride and hatred. The amount of love Jesus has for us as His creation is overwhelming, willing even to die in order to conquer death!” noted Smolinski.
Unity was founded by Burleson in 2010 and now operates as a 501(c)(3) nonprofit organization whose sole mission is to open eyes and mend broken hearts around the world with a refreshing and clear view of the Gospel.
“The Veil: Story of Creation” will be presented at 2:30 and 7 p.m. on March 30, and 2:30 p.m. on March 31. Admission is free; however, a love offering will be taken after each performance. Preferred seating is available for purchase at unitydancetroupe.com.