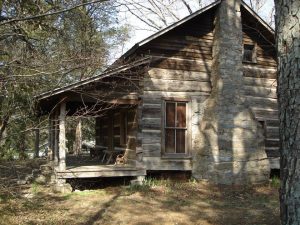 The Hair Conrad (“Tekahsheh”) cabin is one of the newest certified sites on the Trail of Tears National Historic Trail. It’s located at 433 Bythewood Road SW, Cleveland, TN.
“Conrad, a man of means and leader of the first detachment of Cherokees from Rattlesnake Springs on the infamous Trail of Tears, built his cabin in the architectural style of white settlers during the early 1800s,” reports The Southeast Tennessee Tourism Association, which dubs the Hair Conrad cabin “the oldest residential structure in Bradley County.”
Hair Conrad was the son of Hamilton Conrad, a white man, and Onai, a Cherokee woman. The 1835 Cherokee Census lists Conrad as living on Candy’s Creek, with 8 Cherokees (listed as “half-breeds”) in the family and 7 slaves. He had 12 houses at that time, with 65 acres in cultivation. Five of the family members could read and write in the Cherokee language, but none could read English, according to the Census. Nearby neighbors included Tallasah, Black Fox, Samuel Foreman, and members of the Candy family.
Conrad led the first removal detachment under Chief John Ross, consisting of a little over 700 Cherokees traveling in 36 wagons, departing from Tennessee on Aug. 23, 1838. Conrad became ill, however, and his neighbor Daniel Colston of Gunstocker Creek replaced him as leader. There were nine births in Conrad / Colston’s detachment, and 57 deaths along the way. Adding in 24 desertions, only 654 arrived in the west on Jan. 17, 1839.

The Conrad farm is now part of the 350-acre Blythewood Farm off Harrison Pike, owned by Bess Neil. The log structure was listed on the National Register of Historic Places in 1976. “Blythewood is a working farm, breeding championship show horses,” says the Southeast Tennessee Tourism Association. “It is best to call (423-476-8942) for a tour of the farm and cabin so someone can be there to greet you.”

**Trail of the Trail Blogspot 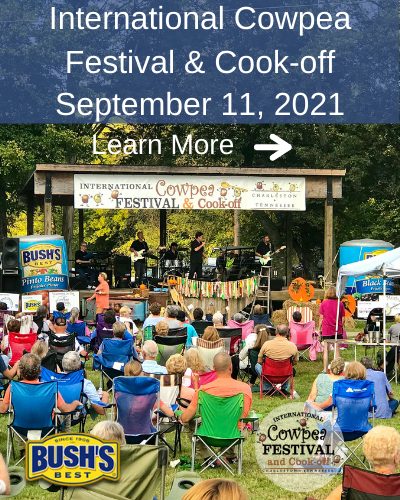