It is not uncommon these days to see film crews throughout the state of Tennessee. The Green Mile, Walk the Line and The Firm were all filmed in our home state. In 1959, however, the filming of a major Hollywood motion picture was a big deal. Wild River was the first major motion picture filmed entirely in Tennessee and was mostly filmed in Charleston and Cleveland and on Coon Denton Island in the Hiwassee River. More than 40 local residents were chosen for speaking roles in the movie and more than 100 served as extras. Director Elia Kazan brought a well-known cast including actors Montgomery Clift and Lee Remick to Bradley County to make Wild River.

Paul Osborn adapted the film from two novels — Borden Deal’s Dunbar’s Cove and William Bradford Huie’s Mud on the Stars. The film dramatizes the story of a battle of wills between the Tennessee Valley Authority and generations-old landowners who lost their home and farms to the Federal government.

The film was released to the public May 26, 1960. Locals could catch the movie and a glimpse of hometown stars at the Star Vue Drive-in. Since then, the movie has been shown several times at the Museum Center at 5ive Points, but is not available on video or DVD.

The Tennessee State Library and Archives website has more information about the people who lost their land to the lakes created by the TVA dams.

The Library of Congress selected Wild River for preservation in the U.S. National Film Registry in 2002. See more.

Allison Inman directed a documentary, “Mud on the Stars: Stories from Elia Kazan’s Wild River“ (2011) about how the making of “Wild River” affected people in Bradley County. View a trailer for the documentary here.

These notes from the Turner Classic Movie website are informative.

Acclaimed director Elia Kazan chose the banks of the Hiwassee River, the small town of Charleston and other nearby locations because of the beauty and realism of the area. A local researcher offers tours of the movie locations by appointment. Call or email today and schedule your Wild River Hollywood adventure. 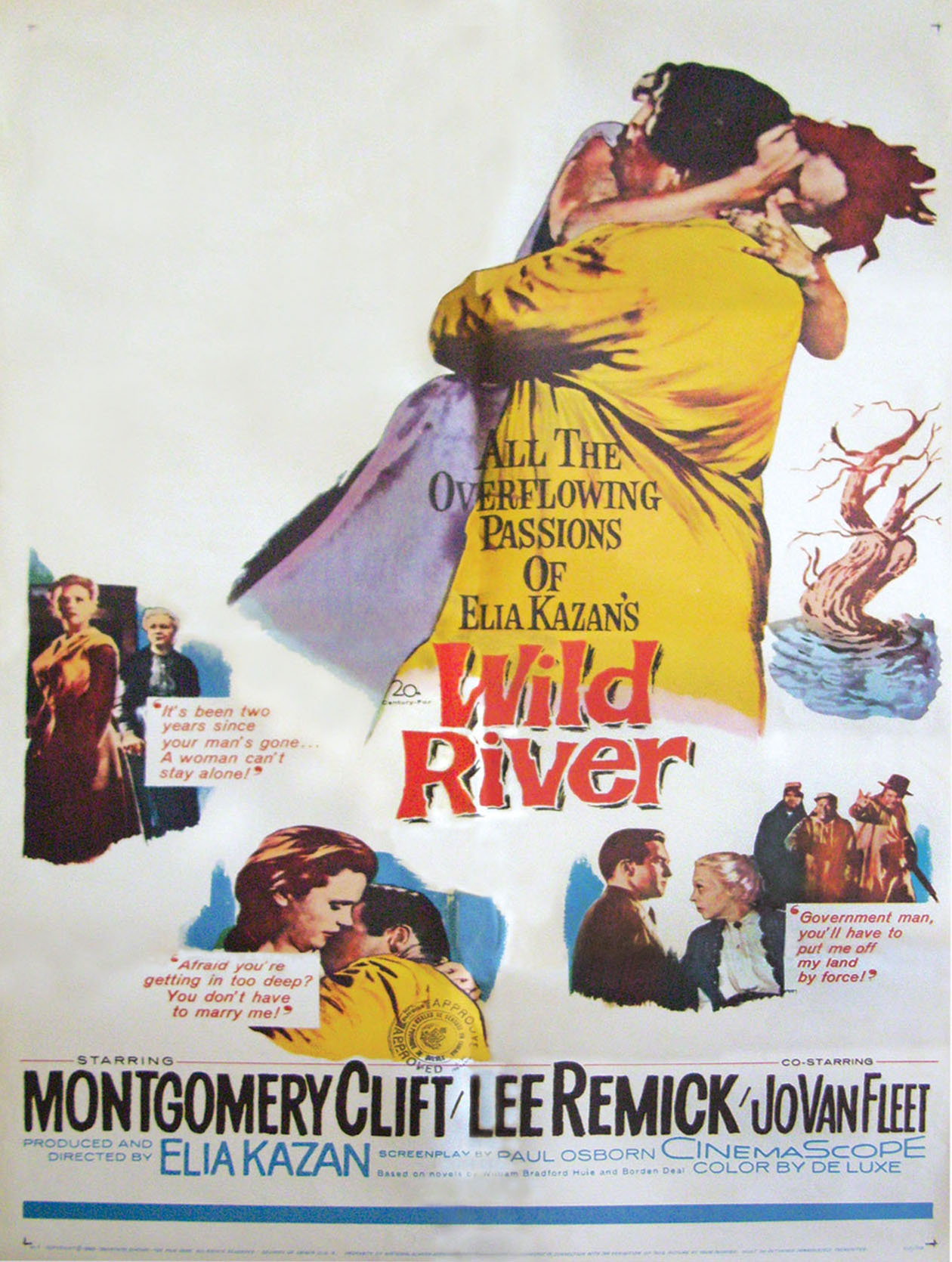